Employees of Wageningen University & Research-Library, together with a broad network of importers in the research groups, have ensured that the number of publications accessible via NARCIS has risen above two million. DANS has congratulated the team at WUR with a festive cake. 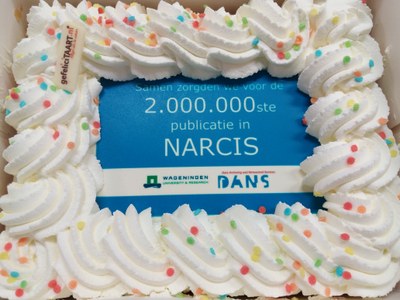 There are now 228,000 publications from Wageningen University & Research in NARCIS, of which more than 91,000 are open access available.

NARCIS is the national portal for anyone looking for information about researchers and their work in the Netherlands. Besides researchers and policy makers, NARCIS is also used by students, journalists and education, government and business professionals.