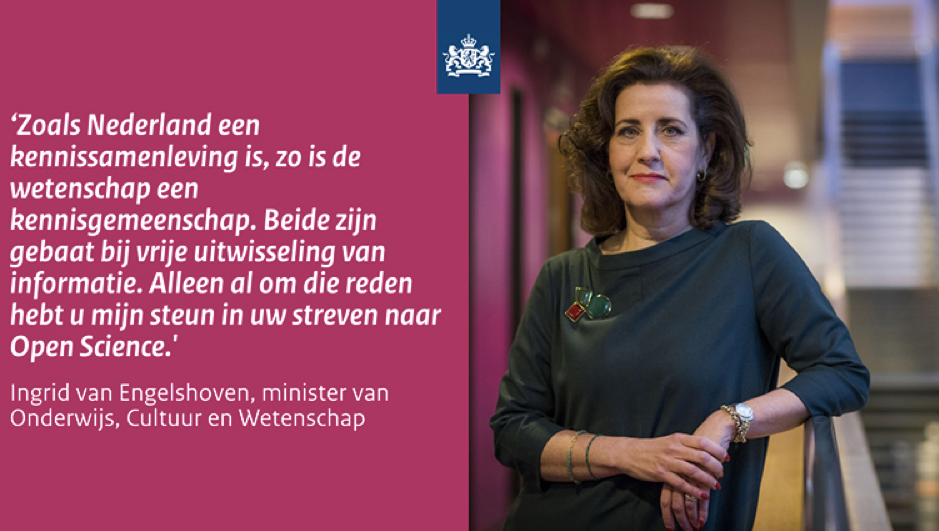 "Just as the Netherlands is a knowledge society, science is a knowledge community. Both benefit from the free exchange of information. For that reason alone you have my support in your pursuit of Open Science."

The Dutch government is of the opinion that publicly funded research should be freely accessible. This was the position outlined by State Secretary Sander Dekker in a letter (in Dutch) to the Dutch House of Representatives already in November 2013. He was deliberately opting for the golden route. He aimed to have 60 percent of Dutch academic publication available through open access within five years (2019) and 100 percent within ten years (2024). If not enough progress is made, proposals will follow in 2016 to make open access publication mandatory.

The government sets the priotity for the golden route because this is most sustainable in the long term. In addition, the publishers’ business model will change and this route provides the best guarantee that publications are immediately available. The green route often means lengthy embargo periods.

Managing the transition to open access is the task of the Association of Universities in the Netherlands (VSNU). The VSNU directs the following activities:

If you wish to be informed about the latest developments, subscribe to the regular VSNU newsletter.

On February 9th, 2017, the report National Plan Open Science (NPOS) was presented in The Hague.

The parties involved have set out ambitions for open science in the Netherlands for the period 2017-2020. These ambitions are divided into four main topics:

Open Science in the European context

The Netherlands are committed to accelerate the transition from the traditional publication model to open science. European collaboration is crucial here. After all, in science more and more interdisciplinary research and international collaboration takes place.